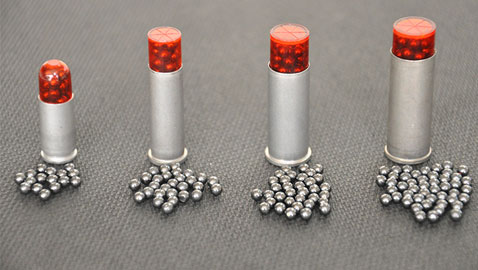 Unfortunately, there are some critters that just need shooting. Chief among these, in my opinion, are the nasty Mojave Rattlesnakes that inhabit these parts. They have an evil disposition and are known to chase folks who mess with them. Why mess with them, you ask? Well, because Mojave venom is a mixture of neurotoxin and hemotoxin. Think rattlesnake venom with a heavy dose of cobra venom thrown in for good measure. This potent brew has been known to kill within about 40 minutes. If you live in the country where getting to help in a hurry is a problem you can’t afford to let Mojaves hang around your family or animals. They have to go.

While I’ve been fortunate not to happen upon any rattlesnakes this season that can’t be said for a number of my friends who have had encounters at their homes. One of my friends has experienced half a dozen rattlesnake sightings next to her house and in and around her horse corrals and barn. Considering she has two small children, not to mention dogs and horses, as well as a husband she is rightfully concerned. She keeps a Ruger LCR revolver loaded with shotshells handy, as this is a better solution to her problem than her shotgun when shooting around the house. Shotshells can be relied upon to take out a snake without damaging the structure, whereas a shotgun can be hard on the siding. Ask me how she knows.

Last year about this time I wrote an article for Downrange concerning the complete line of shotshells made by CCI. These are designed for such chores as snake and small varmint removal and are available in .22 Long Rifle, .22 Magnum, 9mm, .38 Special/.357 Magnum, .40 S&W, .44 Special/.44 Magnum, .45ACP and .45 Colt. The .22s and the 9mm use a payload of light #12 shot while the rest of the lineup are charged with #9 shot. When I wrote that article the folks at CCI told me they were working on expanding the shotshell lineup, and, sure enough, they have done just that with the introduction of their line of Big 4 shotshells. You can tell them apart because the standard shotshells have blue plastic shot cups while the Big 4 payloads are contained in a red plastic shot cup. The Big 4 designation signifies these shotshells are loaded with heavier #4 shot that produces more energy than the lighter versions. Think of it like this – these payloads hit harder and are more lethal making them suitable for larger pests like big rats and the nightmarish huge rattlesnakes I keep hearing about in South Texas.

Here are the stats on the Big 4 shotshells:

Disclaimer: The payload weights and velocities come from CCI. The pellet counts are mine and I can’t guarantee they are exactly accurate, as counting little balls as they roll about is harder than you might imagine. I did not chronograph these loads but it’s obvious the velocities will be a little different than listed due to short or longer barrels.

I shot the Big 4 shells at six feet for patterning from a variety of handguns. I fired the 9mm shotshell in a Bond Arms derringer and shot the .38 shotshell in a S&W 2” barreled model 642, as well as a 6” barreled Colt Python to see how much effect a longer barrel had on the shot spread. I used a U.S. Firearms Single Action Army clone to test the .44 Special loads and finished up with another Bond Arms pistol for the .45 Colt test. 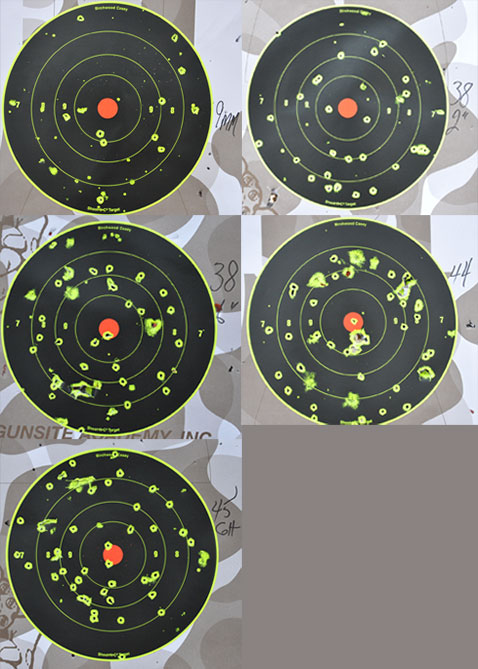 Next I shot one-gallon jugs of water. Now shooting water jugs is a bit like shooting ballistic gelatin. All it really tells you is how one load compares to another when shooting water jugs but you can draw a few conclusions based on the impact and amount of damage done to the plastic jugs. The 9mm load punched holes in the water jug but that was about it. As it slowly drained I shot another jug with the .38 load and the results were spectacular as the jug exploded and ripped apart. The .44 Special load was equally spectacular and the .45 Colt load, although it tore the water jug apart, was a little less dramatic in effect, probably due to the lower velocity of the payload. See the video below.

If you need to shoot larger or tougher pests, perhaps at a little longer ranges, the Big 4 shotshells would be a good alternative to standard shotshells. Since I’m not planning any snake hunts I think I’ll give a handful of the .38 Special Big 4s to my friend with the snake problem and let her test them for me. It’s the gentlemanly thing to do.

Ed Head - November 3, 2014 8
If you’re alert and armed with the right tools an encounter with a poisonous snake may be exciting but it need not be deadly.