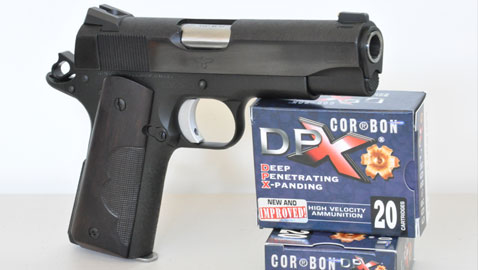 Are you just as well off with an inexpensive pistol? After all, if you have to use it, won’t the police take your gun away? Only a fool would spend 2 to 4 thousand dollars on a defensive pistol, right?

As this argument once again makes its way around the ‘Net I would like to offer a proposition for your consideration, that being, at the moment someone is about to take your life, what would you give to live even one more minute? Everything you have? Everything you will ever have? What if you could have the perfect tool to defend yourself at that moment at whatever the cost? Would you pay it or settle for something inexpensive that might, or might not be as effective? What’s your life worth to you?

A well-known gunsmith was showing me his version of the perfect 1911 pistol. After a long lifetime of study and practice he had developed the knowledge and skills to produce this excellent example. As I was examining it I noticed he was carrying a nasty looking 1911. It turned out to be a Chinese Norinco that looked like it had been dragged down a gravel road behind a truck. His explanation for carrying the junk pistol was, “If I have to shoot to defend myself the police will take my gun away.” Here was a man with his idea of perfection at hand but he refused to use it for its intended purpose for fear it might be taken from him – even though he had the skills to make another. 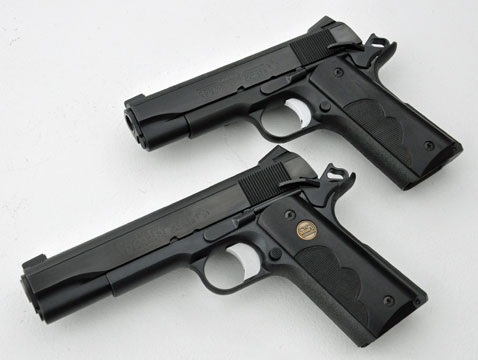 My perfect tools are a pair of “full house” Colt 1911 pistols built by Wayne Novak. They were very expensive but, as Wayne told me, “Shoot them. If you don’t, someone else will someday.” The full size pistol is my training/teaching gun and the LW Commander is my carry pistol. Both have matching features and I have fired many thousands of rounds through them. They were showing signs of wear, mostly to the finishes from being dragged out of Kydex holsters, so I sent them back to Wayne and they were returned to me in better than new condition. I went right back to carrying and shooting them. I shoot these pistols better, faster and more accurately than any others – and I’ve owned, tested and shot a lot handguns. Their value to me is entirely out of proportion to their cost due to the confidence I have in them. They are my perfect tools and if I use one of them to save my life or the life of a loved one its value would be inestimable. If the police take it from me I would miss it very much – then call Mr. Novak and pay whatever he wants for another.

My point is, worrying about having your defensive pistol confiscated by the police is a poor excuse for not using the best weapon and I think a lot of folks use this argument to justify their decision to avoid admitting issues like lack of funds, lack of training (goes hand in hand with lacking funds) or generally lacking the will to commit the time and resources to becoming proficient with a quality firearm. And before anyone beats up on me for assuming I’m a plastic pistol hater or an old timer who is stuck on the 1911, let me tell you I carried a Glock on and off duty for many years. I shoot a Glock well – probably more than well enough to defend myself – but I know I shoot a 1911 much better.

So my advice is this: Invest in high quality training first. The training will help you learn what kinds of personal defensive weapons you might need. You owe it to yourself to experience different training and weapons so don’t get locked into stereotypes and try to be open minded concerning your choices. Then, invest in quality personal defensive weapons – the best you can afford. You’re worth it.