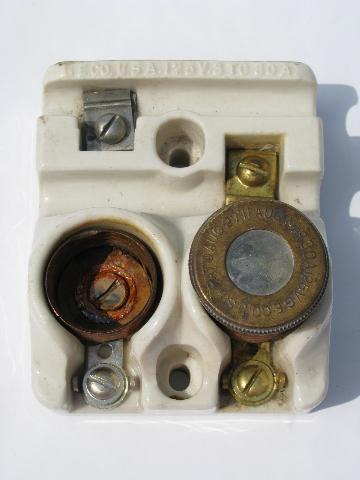 I have a confession to make…a sordid tale of avarice, disregard for the law, irresponsible behavior and a quest for coolness, all of which I believe the statute of limitations has run out.

Before the story, the crime…I caused the Great New York City Blackout of 1977. Me, and me alone. Millions and millions of people with no electric, looting, fires, all sorts of mayhem, all because I wanted a damned air conditioner.

Maybe it’s best to recount the strange series of events leading up to Wednesday, July 13, 1977, as hot a night as I’d ever seen in the City. But the events all started, as so many of my stories paradoxically do, at a sleazy bar, in this case the legendary Bells of Hell the week before.

Lived in a 4th floor walkup — New York real estate talk for “5 flights of stairs — on Broadway, the main commercial drag for Greenwich Village conveniently located above a Philly steak greasepaint and across the street from Washington Place, which led straight into the heart of Washington Square Park, so we could easily see how the other half lived, or buy drugs.

The apartment was typical late 1800s NYC, old, small, tilting floors, roaches and one, count ’em, one electrical outlet smack in the middle of a fake fireplace. Everything else in the apartment ran off extension cords, or extension cords plugged into other extension cords. The apartment had the air circulation of a crypt and the musty smell of your grandmother’s storage closet, overlaid with some undefinable order that I chose not to think about.

I was working on a book, and my ex and I had put in a “loft bed” so we could conveniently sleep in the hottest part of the house, but I had a desk and a typewriter (remember those?). Rather than sweat and write, I went to the Bells.

The Bells of Hell, on 13th Street just west of 6th, was a hardcore Irish bar that attracted a profoundly weird group of patrons. There were the Irish, who came to drink and who owned the stools at the bar; writers including myself who decamped in the center tables and were never allowed to run tabs; rock and contain climbers who worked the pool table in the bar; magicians from a magic show down the street and mercenaries between jobs, who could pretty much sit where they wanted. I saw the bar once described as “Irish, with a touch of pagan and a heaping spoonful of batshit crazy.” It was my home away from home when I lived in the City.

The week before the Blackout I’d been at the Bells with my running buddies — Nicky Tosches, John Morthland , Lester Bangs, Harry Kane (who had, oddly enough, left the merc side to join us and who eventually retired from COMBAT HANDGUNS) and Nancy Naglin, the worlds greatest B-movie critic. I was bitching about being too hot to work, and one of the crew said, “For God’s sake, Bane! Buy a goddamned air conditioner!”

I said not only was it illegal to hang an air condoner out a window over a busy commercial  NYC street, but I couldn’t afford one. So Morthland said, “Grab the train and go to Jersey. You can get really cheap appliances over there.”

“No NYC sales tax, plus brands that aren’t available anywhere else…none of the nobs are in English, either,” he said.

Guess what happens next?

I jury-rig it in the window to keep it from falling on hapless pedestrians,, duct-tape the crap out of it for insulation, then, using the “heavy duty” extension cord I bought, plugged it into the non-heavy duty extension cords running through the apartment and turned the sucker on.

It hummed for a moment, then he compressor kicked in, and the lights went out.

So I race to the utility room where the circa-1910 electrical box is, replace the antique fuse, ran back upstairs, turned it on, and…the lights went out.

Repeat, except I was only one more spare antique fuse. As God is my witness, I only did this to test the circuit...I took a penny…shorted it across, ran back upstairs, turned it on…and the lights went out.

“S&^T!” I shouted, but just before I ran back downstairs, I looked out the window and watched the lights blink out in Washington Square. So I ran up to the roof, and as far as I could see, the lights were blinking out, until it was all dark, no matter which direction I looked.

I got a flashlight, ran downstairs — by then there was a lot of glass-breaking and sirens —  to the utility room, removed the short and screwed in the last fuse, then went back to my apartment to wait for the police.

Yes, I am the Man Who Broke New York City…

…and I got away with it!

MichaelBane.TV is owned and maintained by Flying Dragon Ltd, a video production company and content producer. Its focus is on self-defense, the shooting sports, hunting and all things involved in the world of guns and shooting.