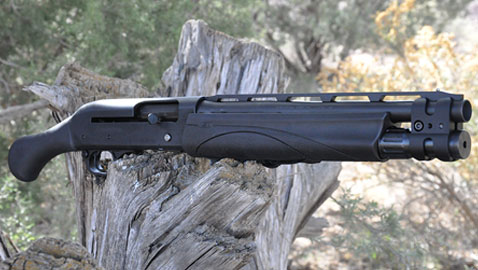 During one of my sojourns to the Border Patrol academy at the Federal Law Enforcement Training Center my fellow inmates and I were introduced to a remarkable semi-auto shotgun. Called the Sage Sidewinder, it was a cut-down, pistol-gripped Remington 1100 and something of an engineering marvel. You see, gas operated shotguns have to have ports and pistons, recoil springs and such, located just so or they won’t run and prior to the Sage I don’t think anyone had figured out how to shorten an 1100. The Sidewinder did run and the Border Patrol bought a number of them. Initially issued to various stations they were scooped up and given to our tactical teams once we began forming them. Today, I don’t believe any are left in the inventory.

Later on I was on an undercover anti-smuggling detail operating in some bad places with some very bad customers. Feeling the need for a powerful car gun I installed a Choate folding stock on one of our Remington 870 shotguns and lopped off the barrel to about 11 inches. I carried it in my lap as I drove and used it on several occasions to dissuade wanna be bad asses. Shooting it probably accounts for a large portion of my hearing loss, but that’s another story and another lesson learned. 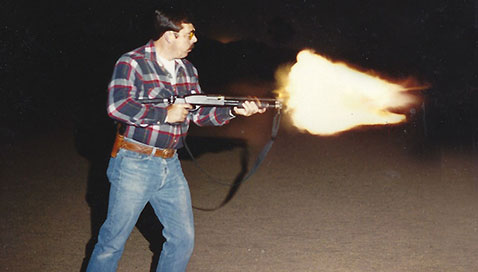 Until recently a “sawed-off shotgun” of any kind was illegal unless you first went to the trouble of asking the federal government for permission to own it while paying a $200 tax. These days, due to something of a loophole in the law, short-barreled shotguns with a Shockwave stock, or grip if you will, can be purchased without regulation. They’re neither shotguns nor pistols, just firearms.  First Mossberg, then Remington introduced pump action guns in this configuration and now Remington has manufactured a 13” barreled, 5 shot version of their V3 semi-auto with this grip setup.

Is there a market for these shorty guns? Apparently so, as I understand they are flying off dealer’s shelves. Why are folks buying them? Aside from the cool/fun factor there is an element of owning something bordering on forbidden fruit. Then again, there are some very good reasons to have a compact, powerful gun at hand; I refer you to my undercover assignment mentioned above. These guns may be useful as bedroom guns, for defending the fort or as something very comforting to have at hand when traveling. Campers and outdoorsmen like these guns as well. They are bigger than a powerful handgun but not so much as to be unwieldy and when loaded with buckshot or slugs deliver much more “power”.

The V3 action of this gun is remarkable for its reliability. The gas operating system is self regulating allowing the gun to run with everything from light birdshot loads to the heaviest buckshot and slugs. As a matter of fact, the gun is chambered for 2 ¾ and 3 inch shells so pick your poison. What’s also remarkable is how “soft” it shoots. The shorty pump guns can be brutal, especially with heavy loads. After the Mossberg Shockwave 12 gauge came out it wasn’t long before consumers clamored for one in 20 gauge, because frankly, the Shockwave 12 is an unpleasant little beastie with buck or slugs. The V3 is a beast of a different character altogether, as I find it easy to shoot with heavy loads. The ability of the V3 gas action to soften felt recoil is amazing and I experienced no discomfort shooting any and all loads through it. Which is not to say you don’t need to hang on. Proper form is important whether shooting from the hip or aiming by holding the gun at eye level and looking down the barrel. The strap on the forend is there for a reason and you’ll find the gun will likely jump out of your hand if you don’t use it. The stock must be gripped firmly and braced against the body when hip shooting. Normally, when you shoot a shotgun from the shoulder the idea is to pull the gun back into the shoulder with both hands. While I’m still experimenting with this I think what works best with the V3 is to hang onto the grip while pushing the forend forward instead of pulling it back. This helps keep the barrel from jumping around, or so it seems to me. 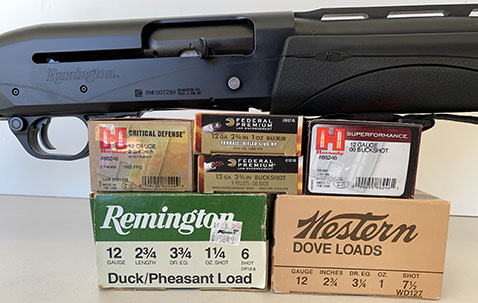 Ammunition selection is always a consideration with shotguns – at Gunsite we refer to them as the thinking man’s weapon because proper ammo selection makes the guns so versatile. For example, I’ve long maintained birdshot is a good choice in defensive shotguns used inside a house. At close ranges the birdshot pattern stays together well enough to cause significant wounding but stray pellets won’t penetrate more than a couple of pieces of wallboard, a consideration in occupied dwellings. On the other hand, if there aren’t a lot of people residing in your home, or if you live in an isolated area where concern for projectiles exiting the house is not a factor, buckshot or slugs may be the way to go. Testing various loads in a gun is necessary before settling on one for defensive use. First and foremost the gun has to run reliably with the ammunition. Next, how the load patterns at various distances needs to be understood.  My 14” barreled Vang Comp pump 870 shotgun patterns very tightly with birdshot producing small patterns back to 7 yards or so. That’s not the case with the V3s cylinder bore barrel, as I discovered the pattern becomes widely scattered at around 4 yards with birdshot. On the other hand, it fires 00 buckshot into a nice, tight pattern with some loads shooting tighter than others. 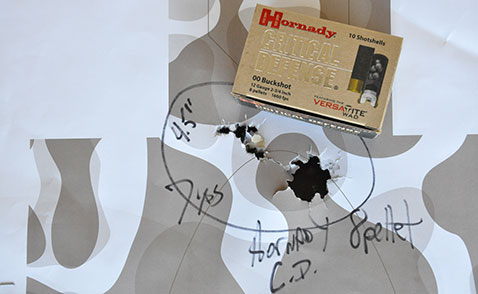 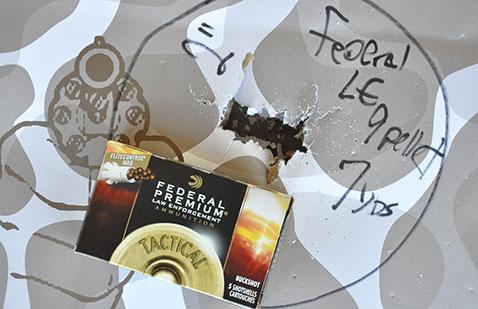 Because they’re difficult to aim well I consider these little guns to be short-range defensive weapons, probably at their best inside 10 yards or so. With its light recoil, reliability and rapid fire capability the V3 has a lot going for it. It’s pricey, running around $800 at retail but I see that as a bargain considering how much better it is than the small pump guns I’ve tried. 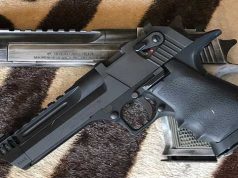 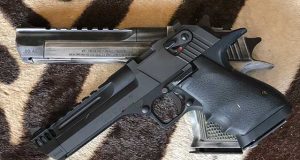 Michael Bane - September 29, 2020 0
This week Michael examines the Remington bankruptcy fire sale and who is picking up the pieces. He also talks about his two Desert Eagles and fun with carpel tunnel syndrome!