“Only accurate rifles are interesting.” So said Townsend Whelen, a famous writer, hunter and cartridge inventor. While Whelen has passed on to the happy hunting grounds I think he would have been amazed at the out-of-the-box accuracy exhibited by Ruger’s American Rifles, and more particularly, the Ranch Rifle short-barreled rifles in the lineup. Back in Whelen’s day getting rifles to shoot accurately often involved lengthy modifications to the rifle and considerable experimentation with hand loading ammunition. Writing about these subjects kept publishers and writers in business, something they are hard pressed to do today due to the improvements in rifles and ammunition we’re fortunate to have available. 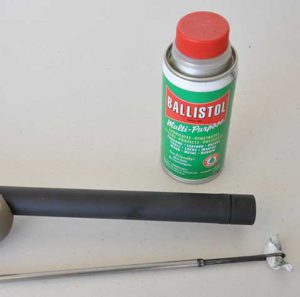 A case in point is the new Ruger American Ranch Rifle chambered in 7.62X39. Like others I have tested, this Ranch Rifle exhibits outstanding accuracy with good ammunition, accuracy so good in some cases I’m embarrassed to report it – as in one hole, three shot groups at 100 yards on occasion. With their integral Power Bedding system and free floated cold hammer forged barrels, these Ruger rifles produce consistently excellent accuracy. As well, I have given up on using harsh solvents made of methyl-ethyl-bad stuff and find I can clean these barrels with non-toxic Ballistol and minimal brushing.

Then there’s the price. These economy priced rifles have a suggested retail of around $599 but sell for a little over $400. That’s an amazing value for this level of accuracy. 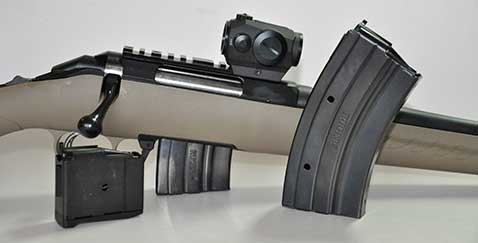 The rifle I’m testing has a 16.12” barrel threaded at 5/8”-24, allowing for the addition of various accessory muzzle brakes and, of course, silencers. The rifle has a standard, but a bit long for me, length of pull of 13.75” and weighs only 5.9 pounds bare. The plastic stock is flat dark earth colored, has sling swivel studs installed and the steel parts have a matte black finish. There’s a cushy recoil pad and a Picatinny scope rail is installed atop the receiver. There are no sights, as I assume Ruger expects buyers will install their preference of telescopes, red dots or other sighting devices. Ruger’s adjustable Marksman trigger is excellent, in this case breaking at a crisp 4 ¾ pounds out of the box. 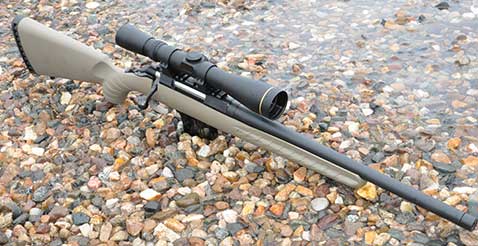 The bolt cycles smoothly and the rifle feeds from a 5 round metal magazine carried over from Ruger’s Mini Thirty rifles. This is a departure from other rifles in the American line, as all the rest use plastic rotary magazines with a smaller capacity. I’ve heard folks grumbling they wished the American Rifles used box magazines, such as the ones available for the Ruger Gunsite Scout Rifle, so this is an interesting development in that direction. Because the Mini Thirty magazines are also available in 10 and 20 round versions I went to www.shopruger.com and ordered one of each for inclusion in my test. While all three magazines functioned well the 10 round magazine was a tight fit and a bit difficult to insert and remove. Unusually, for a bolt action rifle, when the magazines are empty you can’t close the bolt because these magazines are designed for a semi-automatic rifle and the follower has an upward projection that acts as a bolt stop. 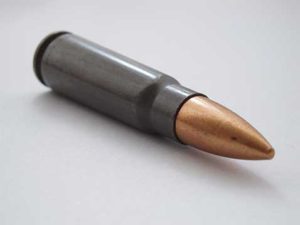 The 7.62X39 cartridge was developed in Russia after World War II. The Soviets were reacting to the introduction by the Germans of the world’s first assault rifle, the Sturmgewehr 44, also known as the StG 44 and its 7.92X33 Kurz cartridge. The Germans had figured out, and the Russians caught onto, that most infantry engagements took place inside 300 yards and an intermediate cartridge – bigger than a pistol round but smaller that a rifle round- fired in an automatic rifle had many advantages. The resulting 7.62X39 cartridge and the AK47 assault rifle were Russia’s answer to this need. While a gazillion SKS and AK47 rifles have been made in 7.62X39 there have been few sporting rifles chambered for the cartridge. Most of us are familiar with shooting the round in these military grade rifles with surplus or military ammunition and this has led to the general opinion that the 7.62X39 round isn’t particularly accurate. To find out if it is (or not) I mounted a reliable Leupold 3-9 variable telescope atop the rail with Leupold rings and ordered up some ammunition from Federal and Hornady. Neither manufacturer stocks a large selection of 7.62X39 but the ammunition they sent me is outstanding. Here’s how it performed in shooting five, 3 shot groups off sandbags at 100 yards: 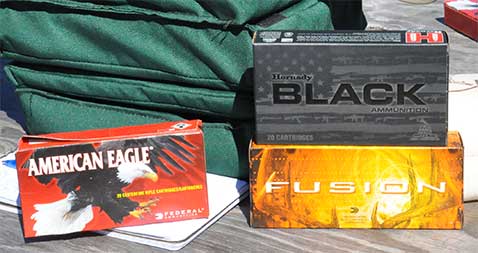 Both the Federal Fusion and Hornady Black produced a single one-hole group and they were not included in the group size averages. Not having a sufficient quantity on hand, I didn’t test surplus or military grade 7.62X39 ammo in the Ranch Rifle. And besides, there are so many brands and 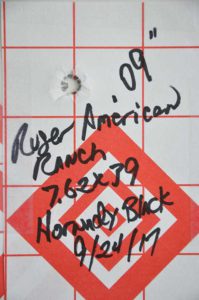 variations it would be a daunting and expensive project to obtain and shoot it all, or even some of it, so I’ll leave that test to someone else.

Where does the 7.62X39 fall in relation to other popular rounds? Often compared to the venerable .30-30, you’ll find the .30-30 pushes comparable weight bullets a bit faster and can handle heavier bullets than the 7.62X39. They’re close but the .30-30 has the edge. Another cartridge in the same class is the .300 Blackout. Comparing them you’ll find the 7.62X39 runs similar bullet weights a couple of hundred feet per second faster with a resulting increase of several hundred foot/pounds of energy. And that leaves us with what the little Ruger Ranch Rifle in this caliber is for. Falling in between the .30-30 and Blackout it’s obvious the 7.62X39 with the right ammunition is suitable for hunting deer, hogs and other critters in that size range and has great utility as a defensive round. In the compact American Ranch Rifle it is a suitable ranch or truck gun, a handy hunting rifle and, with the larger capacity magazines could be part of your survival or prepping planning. If you’re looking for an accurate, easy shooting and easy carrying rifle the Ruger American Ranch Rifle in 7.62X39 may be just what you need. 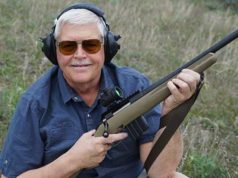 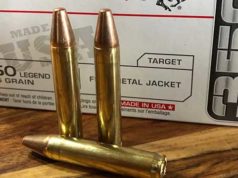 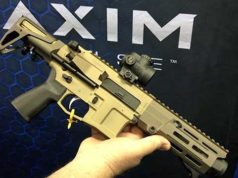 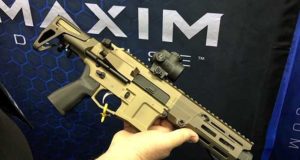 Michael Bane - May 7, 2019 0
This is the first report from the 2019 NRA Show and what products caught Michael Bane's attention in Indianapolis.