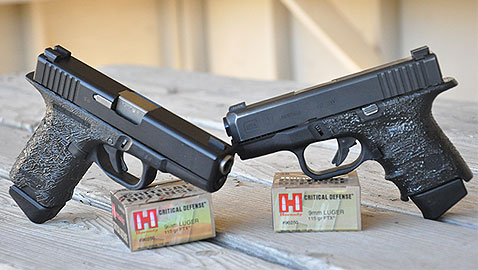 Something was wrong and I was in deep trouble. I fired all five rounds from my Smith & Wesson snubbie and the bad guys were still shooting. I knew I hadn’t missed but my bullets had no effect. I was out of ammo and figured I was about to die. Fortunately, I woke up. Back when I used to carry a little five-shot revolver as a plain clothes and off-duty gun I had this dream and countless variations frequently. Sometimes the bullets dribbled out the end of the barrel; sometimes they bounced off my assailants and at other times my gun failed to fire. In every case I woke in a cold sweat on the verge of panic. Fortunately, this anxiety dream I refer to as the Universal Cop Dream went away and never came back the day I started carrying a Glock 19.

That G19 became my on and off-duty carry piece for a bunch of years. I equipped the magazines with plus-2 baseplates so they held 17 rounds and were easier to seat. I carried two spare magazines on duty and one off duty. In either case I had lots of firepower. The Border Patrol +P+ ammunition we used was hot but the Glock handled it easily. I was able to clean our 72 round qualification course with it most of the time and shooting results with this ammunition ranged from good to spectacular. I put many, many thousands of rounds through that Glock before retiring it when the Border Patrol mandated we start carrying the new Beretta 96D in .40 S&W caliber. The Burrito, as I referred to it, was a big pistol entirely unsuited to plain clothes or off-duty carry so I bought a little Glock 27 in .40 S&W to handle those chores. The G27, sometimes called a “pocket rocket” was a terror with our high-pressure +P duty ammo but I managed to learn to shoot it well and carried it up until I retired.

After I left the Patrol both Glocks ended up in the safe as I pursued other shooting interests and had no need for them until recently when I began to re-examine the issues of calibers and pistols for concealed carry. This started a project to modify and upgrade both pistols and obtain suitable gunleather for carrying them singly or together. Here’s how it went: 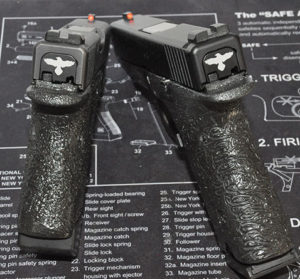 Glocks have always pointed high for me. I have to consciously make an effort to get the muzzle down when I draw and point these pistols. While there are a bunch of folks modifying the frames of Glocks I’m fortunate to know Lew Gosnell, a
retired California police officer, competitive shooter and Gunsite instructor who can modify a Glock frame and make it point like a 1911. I gave Lew the G19 and G27 frames and he performed his magic on them. They now have a 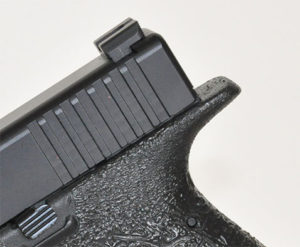 pronounced beavertail, are slimmer, grippier, and most importantly, point better than just about any pistols I have experienced. Lew doesn’t try to make his frame jobs pretty, he makes them functional. I say beauty lies in the eyes of the beholder.

Although the folks at Robar also do frame modifications on Glocks their main business focus is finishing metal with super durable coatings. I sent the top end of the G19 to Freddie Blish, the new owner of Robar, a retired Marine officer and a Gunsite instructor as well. In a couple of weeks I got the slide back with the barrel and all internal parts coated in their excellent NP3 silver colored finish while the slide now sports a black Roguard finish. These metal finishes are what I refer to as meteor proof, as they are tough, durable and will last for a very long time with little or no maintenance. The parts can be wiped clean with no solvents because the surfaces are slippery and smooth and require no preventive oiling, as they will never rust. The G19 top end turned out so well I suppose I need to go ahead and send Freddie the G27 as well.

Glock plastic sights are awful and I replaced the sights on both pistols with better ones a couple of times over the years. These days I like a plain, black, wide notch rear sight and a front sight that gets my attention. After some searching around I found the sights I needed in the Brownells catalog. The Ameriglo Hackathorn sights have the wide notch black rear sight and an orange dot with night sight on the front sight post. I ordered two sets and installed them on both pistols. One thing that impressed me right away: The screw to secure the front sight is about five times longer than the ones you usually find on Glock sights and runs all the way up through the front sight. If you’ve ever had an expensive night sight fly off the end of your slide and disappear forever you will understand why I appreciate this feature. 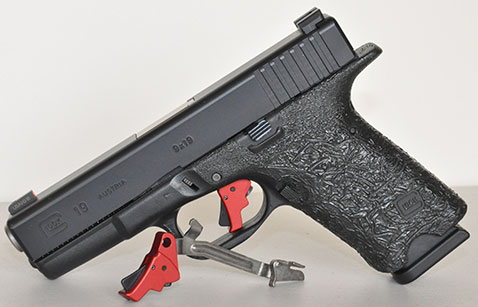 Late in this project I received a press release on a new Glock trigger being offered by the good folks at Apex Tactical Solutions, known for the improvements they have engineered to M&P and Glock pistols, among others. These triggers come as either a trigger you can attach to your existing trigger bar or a complete assembly. I asked for a couple of the complete units and they quickly shipped them out to me from, as they like to put it, behind enemy lines in Los Angeles, California. The trigger is a red; aluminum anodized part with a flat face and is attached to what appears to be a standard looking Glock trigger bar. Dropping these units into both pistols took just a few minutes. While the weight of pull decreased slightly the trigger feels much improved with a shorter takeup, less over travel and a crisp, short reset, much improving the standard Glock feel. Very nice! I understand these triggers are being offered exclusively through Brownells.

Converting the G27 to 9mm

Because I wanted both pistols to be 9s I needed to convert the G27 from .40 S&W to 9mm. The folks at Lone Wolf Distributors have been in the forefront of developing conversion barrels for Glocks and my good buddy Dave Biggers recently went to work at Lone Wolf as their PR and marketing guy. Dave fixed me up with one of their new Alpha Wolf conversion barrels, a high quality, drop-in barrel that will handle lead as well as jacketed bullets. It worked like a champ as soon as I installed it, needing no break-in or modification, and just like that, my G27 became a 9mm. These barrels are in high demand as it appears there is a wholesale rush these days away from .40 S&W to 9mm. Along with the barrel I’m using, Lone Wolf has a bunch of replacement and conversion barrels for Glocks along with slides, frames and just about any Glock part you can imagine. I discovered the .40 S&W magazines I had would feed 9mm ammunition most of the time but that’s not good enough, so I ordered new 9mm Glock magazines for both pistols from Brownells, my go-to place for gun parts, tools and supplies. 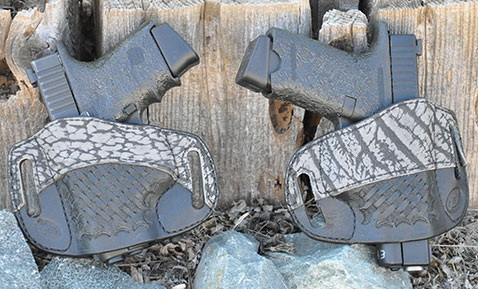 My intention in setting up these pistols was to have a variety of carry options from carrying one pistol or the other to carrying both. Towards that end I needed a right hand and a left hand holster, a single magazine pouch, a combination magazine and flashlight pouch and an offside holster and magazine pouch combination. Because he’s a gun guy who 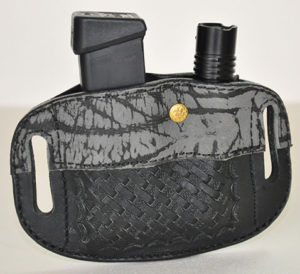 understands concealed carry, my holster maker buddy, Rob Leahy, owner of Simply Rugged Holsters, knew exactly what I needed. Going above and beyond, he produced a pile of beautiful leather trimmed in wildebeest hide and I have to tell you, I couldn’t be happier with the results. This gear is functional as well as beautiful. Now I have a number of carry options and have been exploring each of them. Sometimes I carry one pistol or the other, sometimes I carry both; it all depends of what I’m doing and where I’m going. Regardless, these pistols are my every day carry guns now.

In the end, I suppose I should tell you how these guns shoot but I expect you know I’m pleased with them and can hit anything within reasonable range I can see. For now, I’m stoking both pistols with Hornady Critical Defense ammunition because it’s high quality, reliable, accurate defensive ammunition that has my confidence. While I’m sure there are folks who prefer different guns, gear and ammunition, in my case it’s all about pleasant dreams and keeping the Universal Cop Dream at bay. If your sleep is troubled you might want to consider my cure. 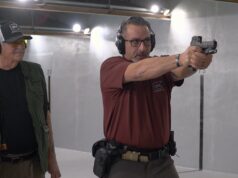 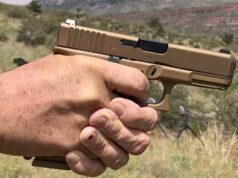 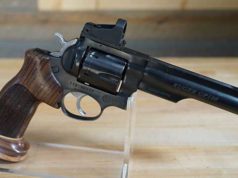 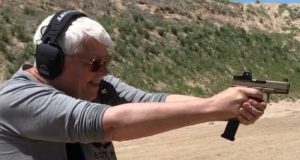 Down Range Radio #626: Stress and Artificial Stress as part of...

Michael Bane - June 11, 2019 0
This week we start out with a few notes on USPSA competition and the value of stress and artificial stress being a competitive shooter.