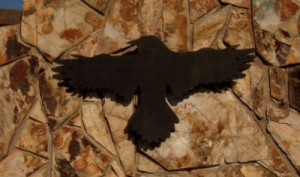 March, one of our busiest months of the year, is upon us, as is some of our very best training weather.  If you happen to be snowed in somewhere and would like to see some blue skies, endless views and temperate weather, come see us.

For those of you who are fans of Facebook, you will be happy to know we now have a Gunsite Facebook page up. Our good friends over at www.downrange.tv helped us put this together and will be linking the sites and providing content.  We will be posting training news and videos, answering questions and doing all those other things folks like to do on Facebook (as for me, I’m still learning).  So go to www.facebook.com and look up Gunsite Academy then take a look at www.downrange.tv.

As you know, last year, with your support, Buz Mills was elected to the NRA board of directors.  Elections are coming around again and you should have received your ballots in your NRA publications (you’re voting members, aren’t you?).  It looks to me as though the NRA has put forth a good slate of candidates but I would like to bring three to your attention and ask you to support them.  Running for re-election to the board are our good friends Sandy Froman and Col. Oliver North.  Sandy, as I’m sure you know, is a past president of the NRA and Col. North needs no introduction.  The third person is Pete Brownell, who is running for election to the board for the first time.  Pete is a good friend, and both his father Frank and he have been strong supporters of your gun rights, as well as having supported Gunsite, for many years.  If you are not familiar with the Brownell’s catalog you should be, as it has the biggest selection of gun parts and gunsmithing tools you will find anywhere (www.brownells.com).  So, as they say in Chicago, vote early and vote often, and I urge you to support Pete, Sandy and Ollie for election to the NRA board.

The raven is our symbol, or totem if you will, here at Gunsite.  We see them all over the ranch and sometimes at dusk you can see hundreds of them roosting in the trees as you drive down one of the ranch roads, an incredible sight.  The origin of the raven as our symbol goes back to Jeff and Janelle Cooper when they founded Gunsite some 34 years ago and were looking for a symbol for the school.  The fact that there are ravens flying about the property is an obvious connection, but there is more to it than that.  One side of Janelle’s family came from Scandinavia and in Norse mythology Odin held forth as the god of Valhalla.  Odin was accompanied by his two ravens, Hugin and Munin, and they are usually depicted perched on his shoulders or on the arms of his throne.  The ravens represented knowledge and wisdom and Odin would send them to Earth to bring back news, but more importantly, they were seen as the conduits for dispensing the knowledge and wisdom of the gods to mankind.  So for us, the raven is a fitting symbol for our efforts to spread “the word”, as Jeff liked to put it.

Having trained under and taught for Jeff for many years, I am often aware of the feeling that he is looking over my shoulder when I am working or, especially, teaching on the ranch.  As a matter of fact, I can tell you, anywhere at the school, whether I am in view of Jeff’s house, the Sconce.  Now that Jeff has passed I will sometimes be out and about and get the feeling that I am being watched.  Invariably, I will look around and find a raven perched nearby.  I just say, “Hi, Jeff” and go on about my business.  Call it superstition or insanity, take your pick…I like to think that Jeff is still keeping an eye on things.

Ed Head - April 27, 2010 2
April has been a wonderful and interesting month here at Gunsite.  The training weather has been just about perfect and, along with our regular...